For the 2010 Expo in Shanghai, we were tasked with the creation of a wearable, which would complement the Finnish pavilion. Since the pavilion had a theme of spirituality, we wanted to create a vest which would embody the spirit of the exhibition.

The vest had a button, which could be pressed, and the vest would turn on a pseudo-random, pseudo-gaussian light flickering, emerging from the center, close to the heart. When pressed again, the lights would be sucked back in to the vest.

The biggest problem was, that the overall effect had to be implementable with very few I/O-pins. This required me to think about the light distribution, divide the lights to groups, and assign the groups to seemingly random spots. The flickering of the groups should not look like, well, a group of lights flickering at the same speed.

The vest was a success (or a failure?), so much so, that the guides were forbidden to use them: the tourists wanted to take pictures constantly, thus interfering with their work. Ah well. 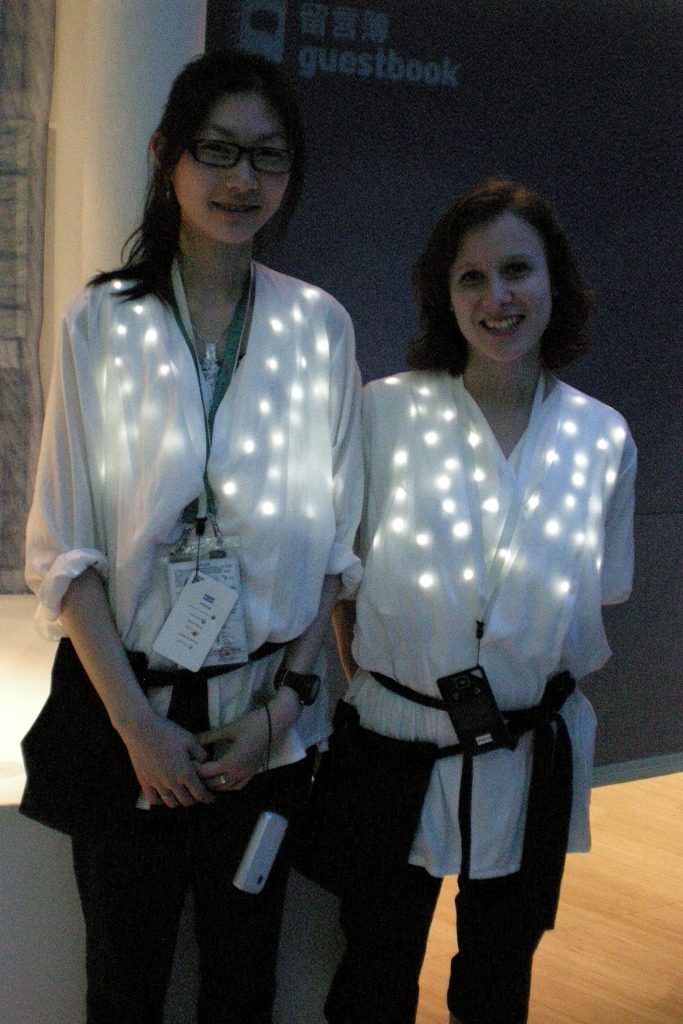