Honest shoes, as shown left in their final form, are wearables which measure the apparent nervousness of the user. By recognising these nervous signals and giving feedback to the users, the shoes could help develop presentation confidence. The prototype concept was created through a user centred study, to help presenters manage their honest signals, by drawing the users private attention to them.

They do so by measuring the fidgeting of the feet using accelerometers in both shoes, communicating the information between them using an XBEE-radio. If movement of the feet is detected, pressure sensors at heel and toe are used for pattern analysis, to check that the user is not walking. If the user is walking, the accelerometers are ignored, otherwise the user is signalled using a vibration motor. The prototypes were developed in the Interactive Prototyping course. 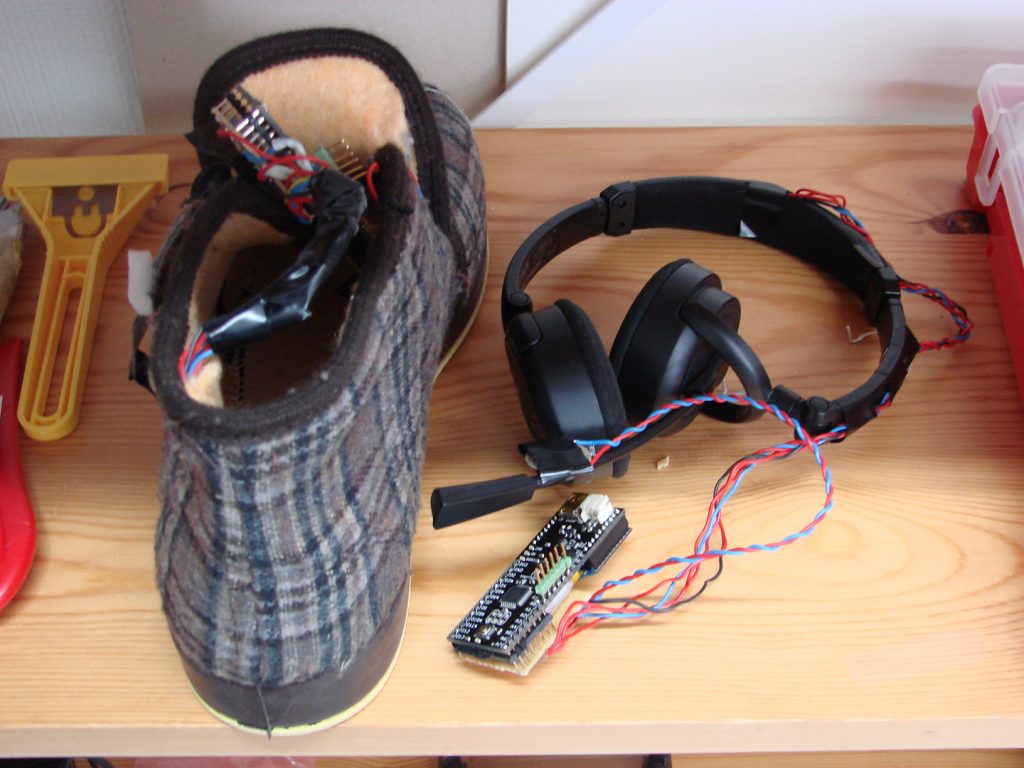 The shoes were initially prototyped quickly using loafers intended for old finnish men. Since those are easily available and do not cost much, we hacked them. The “Reino”-early prototype is shown on the right.

The students were very active, and even wrote a paper about it, and were kind enough to include my name there.