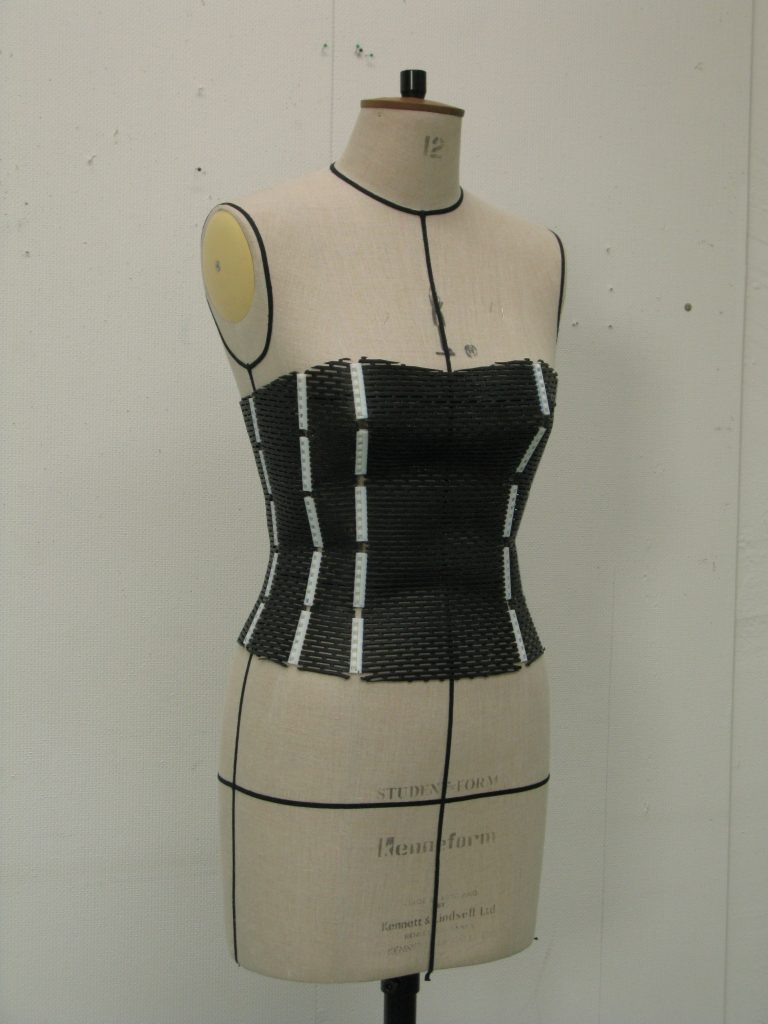 This is one of the first, if not THE first 3D-printed garment made with soft materials. It was created around late 2010 – early 2011, even though the publication was accepted for 2013. It was created as a base for flexible electronics, which could be combined with other future research endeavours. My role was to manage the whole thing, and guide the process. I was also the main author on the paper[1], as the 3D-printed soft structure was my idea to begin with.

Most of the garment 3D-printing approaches were based on rigid micro- or meso-structures, where the overall behaviour is achieved with selective laser sintering rapid manufacturing by using interlinked, such as chain-mail-like, structures.

To explore this area, discussions were held with textile and clothing design experts (Studio masters at Aalto ARTS textiles and fashion studios). Early on, it was made clear that a corset is one of the most difficult garments that can be created: mostly due to body dimensions, which must be matched closely. In order to test the suitability of 3D printed materials available for our OBJET350 printer, a series of tests were made. Since the aim was to design with the material as if it was fabric, it was tested according to the SFS-EN ISO 13934-1 standard, 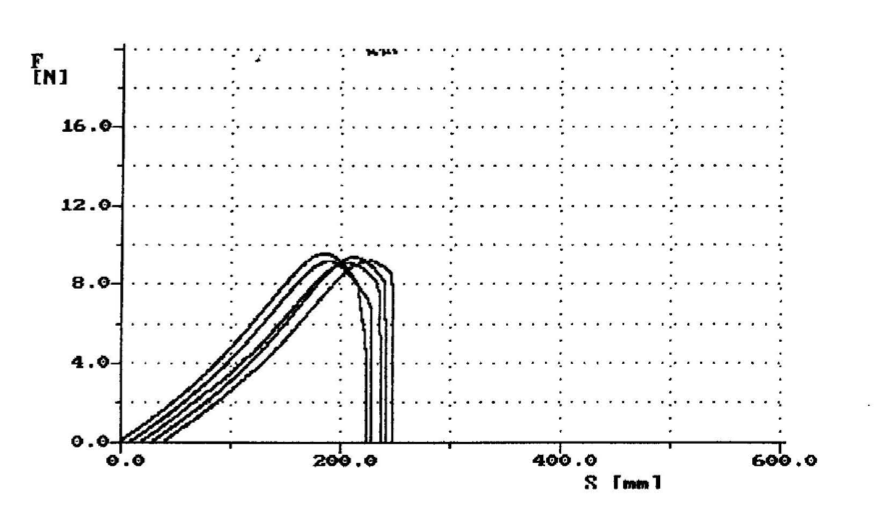 “Textiles – Tensile properties of fabrics – Part 1: Determination of maximum force and elongation at maximum force using the strip method”. The testing force breakage pattern for one pattern type can be seen on the right. After testing the samples, the printing direction yielding maximum strength was selected for printing.

The corset was designed using traditional pattern-making methods. The pattern was uploaded to a computer, where the actual final shapes of the patterns were created using the Rhino 4 modelling program. The pattern to pieces process was manually done by an industrial designer well-versed in the modelling program. The pattern pieces were 2D, and printed with the soft material Tango Black +. The connectivity between the pieces was explored with hard interlocking components, as well as using metallic corset bones. In the end, the hard interlocking components were used, as they could be printed directly into the soft material. The thickness of the material comes from the requirement for being able to house electronics, which is where the expertise of the electrical engineer comes into question. The design of the physical connectivity also allows for the later development of electrical connections.