During the 2013 EIT/ICT-project, we (me, Hannah Perner-Wilson and Katharina Bredies) started to think about how to prototype faster using eTextiles.

The development with eTextiles is often much more slower than with normal electronics, due to the constructive nature. To overcome some of the problems, such as sewing in an Arduino Lilypad, I designed a 3D-printable snap-on adapter. Hannah then tested it, and created a fabric to go along. There were other versions as well, however this one was the most successfull. 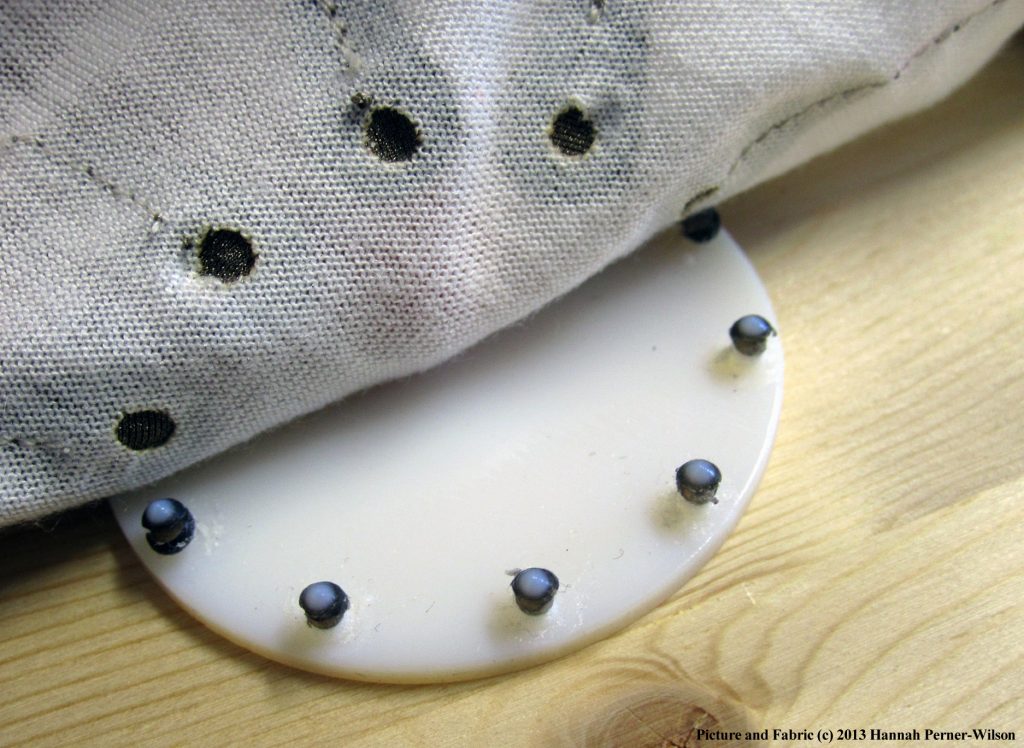