OJAS [1] was developed as part of an EIT-ICT funded project CONNECTED TEXTILES, during 2013. It has already created one spin-off company through MA-thesis work.

OJAS is an example of an enabling prototype, which allows the creation of other devices, but does not form a functional prototype by itself.

It was intended for prototyping wireless applications, mainly in the domain of wearables. Inductive power is practically feasible only at short ranges, due to high losses of efficiency at longer ranges.

The background and requirements for the OJAS stemmed from a simple use: it was primarily intended for university students and developers, used for prototyping wearable applications. The target power level of ‘a few watts’ comes from the requirement to be able to charge a LiPo battery with roughly 500 mA, as well as from work done with powering thermochromics, shape memory alloys, and in general, power transfer in a wearable context. In effect, it should enable powering, or charging-while-worn, of applications such as the wearable health monitoring system. It is also very versatile for other uses, such as for powering tangible user interfaces and organic user interfaces. 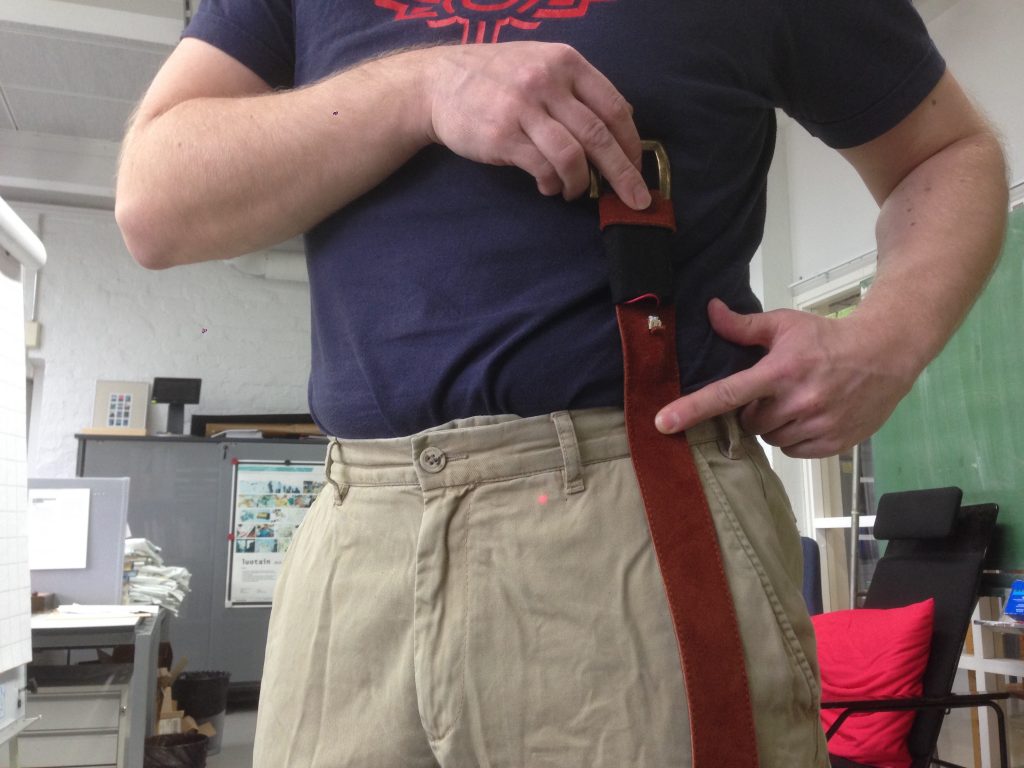 While the development of the circuit was done during summer 2013 with iCraft Oy, and a small form factor-prototype was developed for user tests, the final form of the circuit was ultimately decided in the workshops with the help of people who would be the target user group. To that end, two workshops were held at Universität der Künste Berlin in Autumn 2013.

OJAS has been fairly successful for a one-year research project. It was immediately taken to teaching, within weeks of being functional, and was used in the first wearable technology and eTextiles-course.

Three Master’s level theses have been completed which directly utilise the OJAS module. Silvain Toromanoff created a lighting system for pre-schoolers, where the jackets of the children are lit up with the help of a wireless power system. Aino Aarnio-Juurinen and Visa Kupias developed a wirelessly powered heating system for cold-water scuba divers, where a battery with a set of OJAS is on a removable weight-belt. It has been used at UdK, as mentioned earlier, as well as being demonstrated at the ARCINTEX network conference and WEAR-IT exhibition in Berlin, both in 2014. Numerous prototypes have been built with them, such as the belt/pants combination and the wirelessly lit shower curtain, as shown in the pictures here.

OJAS has been demonstrated in CHI2014, with both a paper and an interactivity-session.