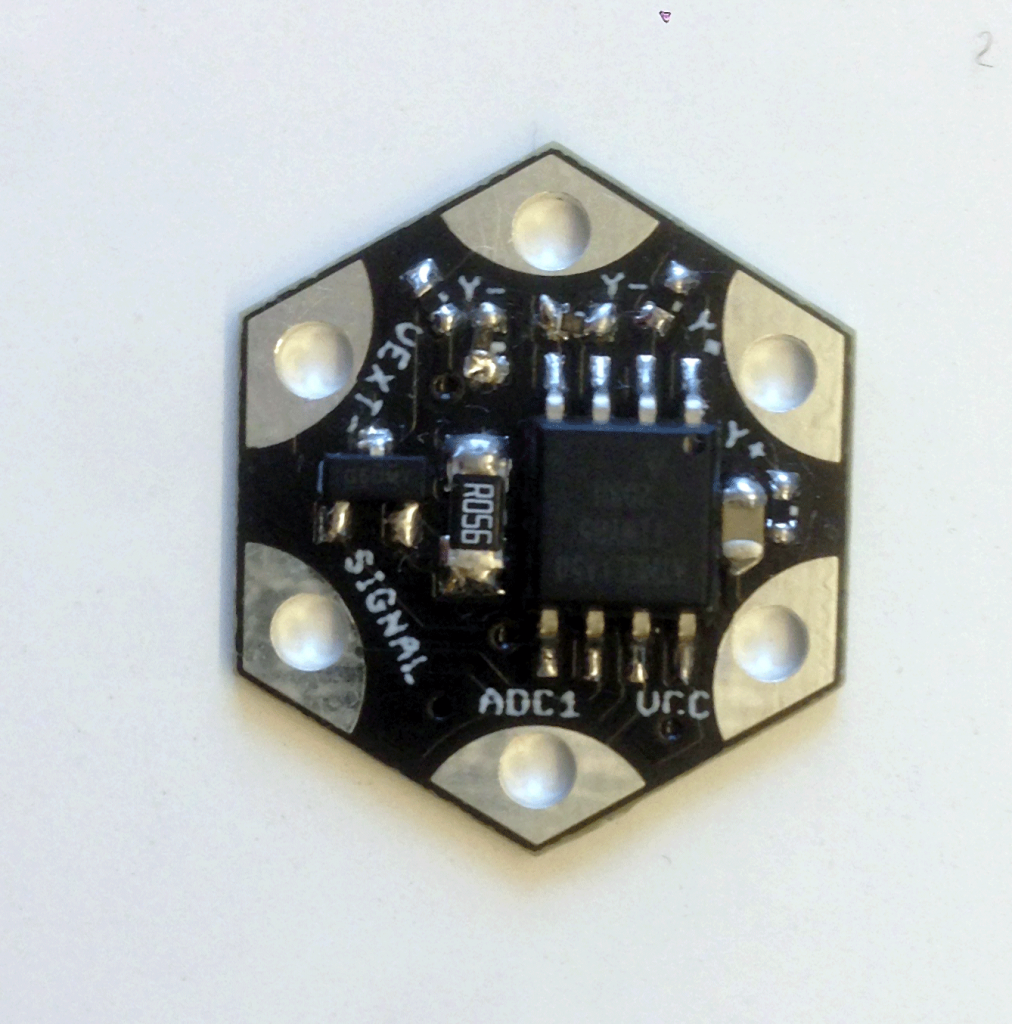 Strommit is a small microprocessor device created for the development of smart textile actuators. It is used for controlling and regulating current to an actuator, such as a shape-memory alloy or a heating element.

It works by firing a small pulse to the connected yarn (or an actuator). During this brief pulse, it measures the current going through the yarn, as well as the input voltage. After the pulse, it will calculate a PWM signal based on the target power set by default or by OC-protocol, using the measured input voltage and the current. The calculation time and the pulse time are included in the resulting waveform, as much as is possible, thus giving an accurate output regarding the target power.

I designed the original circuit, programmed them, and also later included the OC-protocol, so that they can be used with Arduinos etc. Katharina Bredies from UdK designed the final PCB, shown left, under my instructions. I supervised the batch manufacturing, and verified the production version.

The prototype was created out of love for eTextiles, and to help safe development of eTextile prototypes. It is not really part of any project, we just made it because it needed to be.