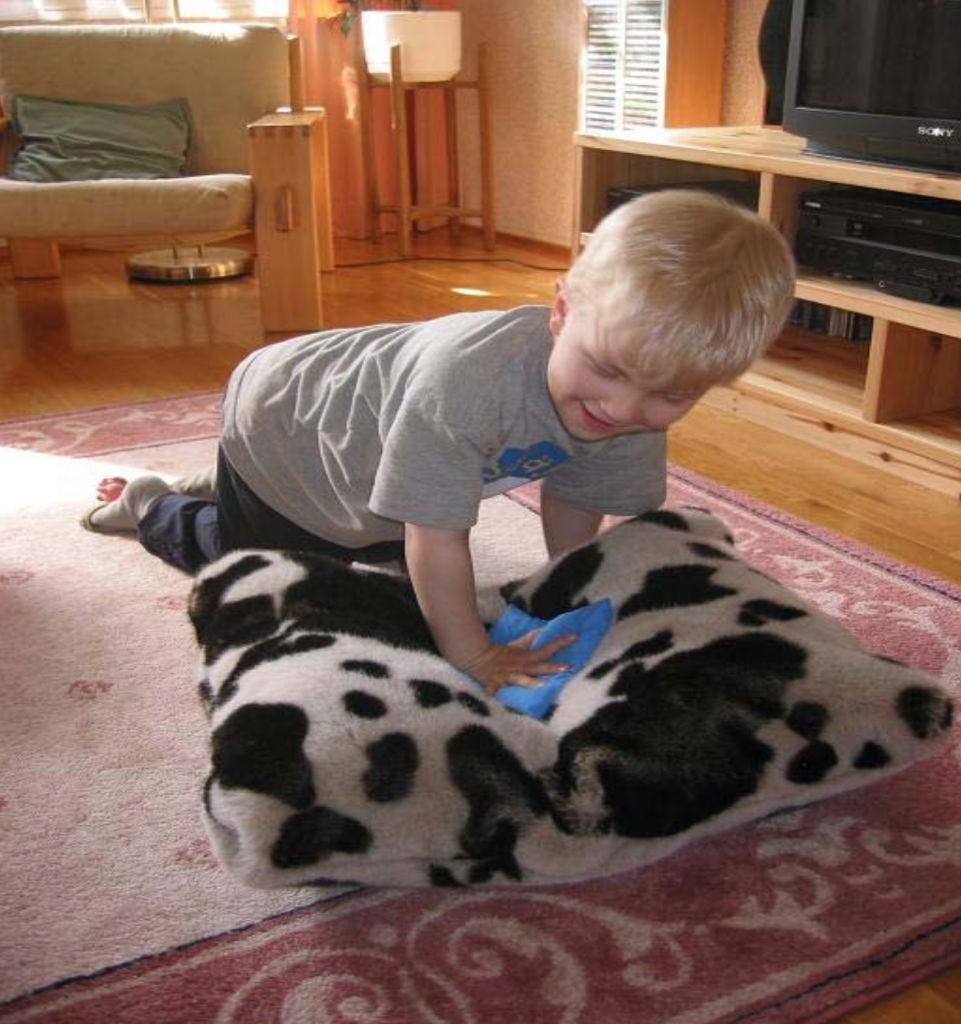 The pillow prototype Lemmu, shown right (with my son, then ~5 yo), was designed to give unique whistling sounds every time a different object was placed on top of it.

The objects ranged from small bean bags to furry cards and other hand-held small objects, with different weights, textures and colour patterns. The idea was that the items could be used to create different sound combinations and provoke ideas. To this end same item cannot create an effect twice, unless a longer time passes, or another item has been used in between.

Each of the objects had an RFID tag inside, and the pillow itself contained an RFID reader, with the antenna on the rim.

Lemmu was created during the Morphome-project. I designed schematics, PCB, and the code, as well as modified the RFID-reader and created the flexible rim antenna. Katja Vähäkuopus created the pillow structure.

Surprisingly, the prototype was child-proof. It was used by several kids, aged roughly 2-5. Even though shielded internally with epoxy etc., I would have expected that something would give, but no. Well, live and learn. There were several publications related to Lemmu, however those are already with the Morphome-project.