Knitted music is a two-day collaboration project with Högskolan i Borås, with their PhD-students, led by Marjan Korooshnia. 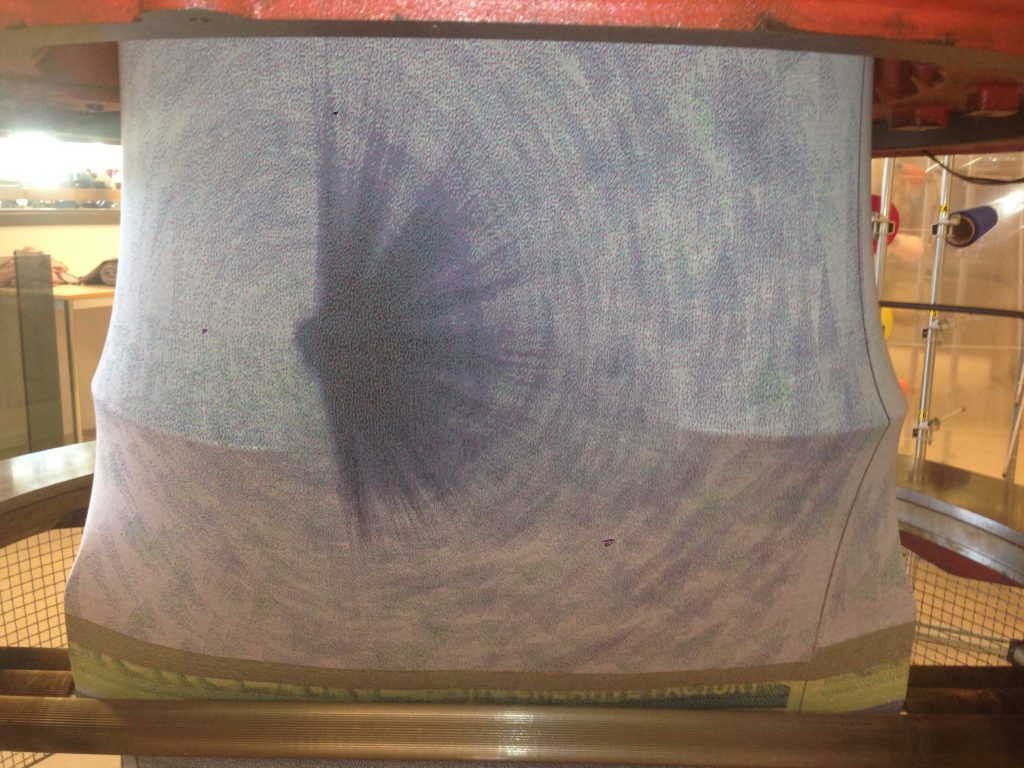 I lead the process of developing a program which can be used to analyse music, and create consistent patterns suitable for circular knitting. The team members were PhD students with a wide variety of professions: an architect, a graphic designer, and a musician. They were all professionals with work experience, and thus the process went smoothly.

I was responsible for the overall coding, and at the beginning of the task I divided the team to different focus areas. We kept a quick pace of development with roughly an hour of thinking, and half-hour discussion followed by quick implementation and testing. This cycle was done a few times each day, resulting with a program that analysed the notes, durations and structure of the music, and created randomly placed but shape-wise consistent patterns.

The first part of the process focused on getting the basic implementation to work: from sound – picture for knit file generation – knitting. The first version result can be seen in the circular knitting picture, where the fabric is being knitted with an industrial machine. Using this, the team focused on their strenghts: having music background myself, me and the musician focused on the markers in the music, and how they would be interpreted. The graphic designer and the architect focused on the representation, having discussed with the technicians on what kind of colour representation was possible. After initial brainstorming, we shared our thoughts and decided on the initial patterns and how they would be generated from the markers. We then iteratively developed the program, ending up with something that allows the creation of consistent and knittable patterns from any music. 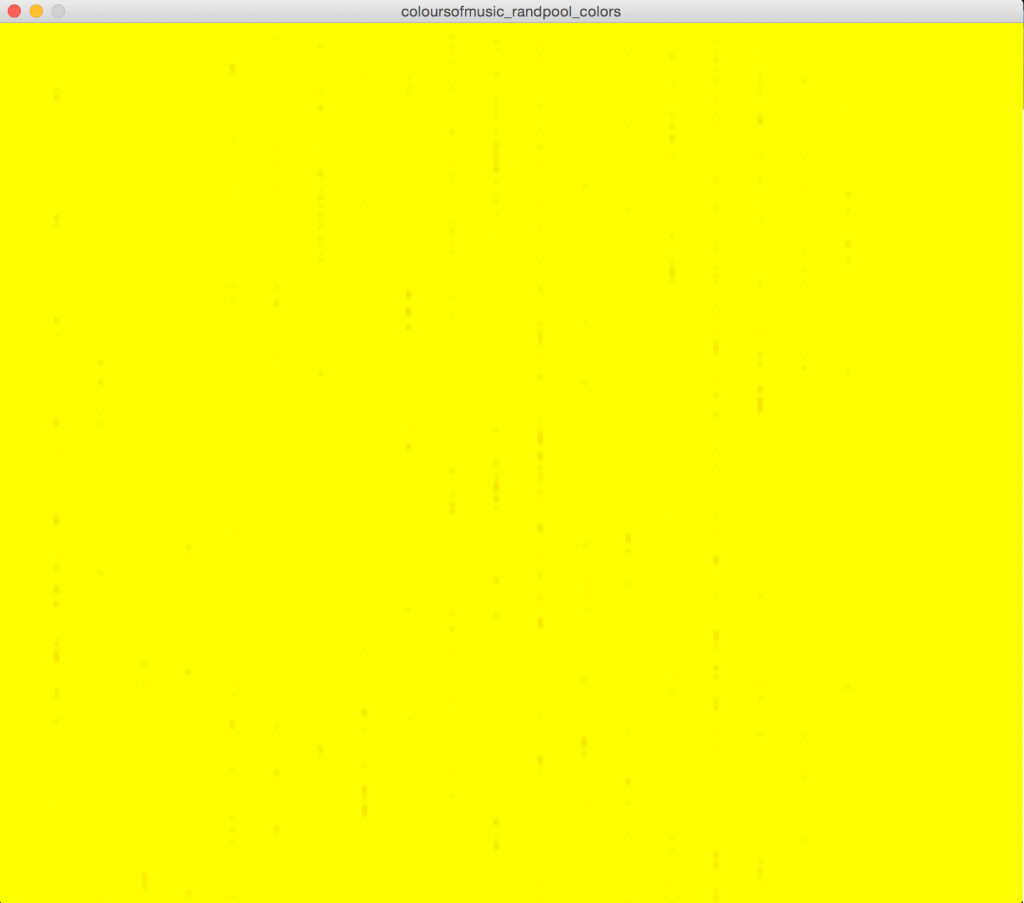 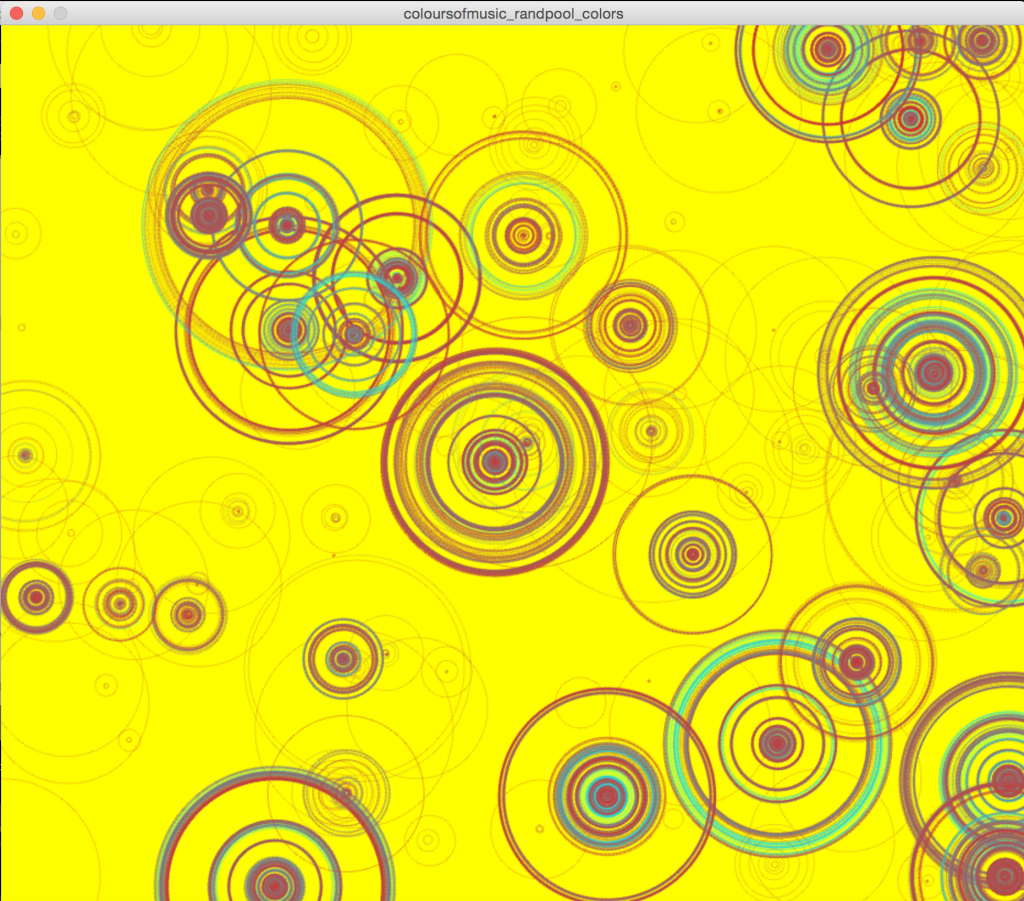 The software interface is shown left, there are several options to verify the behaviour, and to e.g. select colours and patterns used. Histogram and example pools created with Red Hot Chili Peppers-By the Way are shown.

From the results it was possible to discern which music was the source, however one could not reproduce the music – it was an interpretation. For example, with Bach one would get clear solid patterns, and with the song Sly from Massive Attack, one would get quite chaotic structure with a few solid patterns, as the signer has longer continuous vocalisations. In the picture below, with the yellow background, pattern above is from Massive Attack and pattern below is Bach. 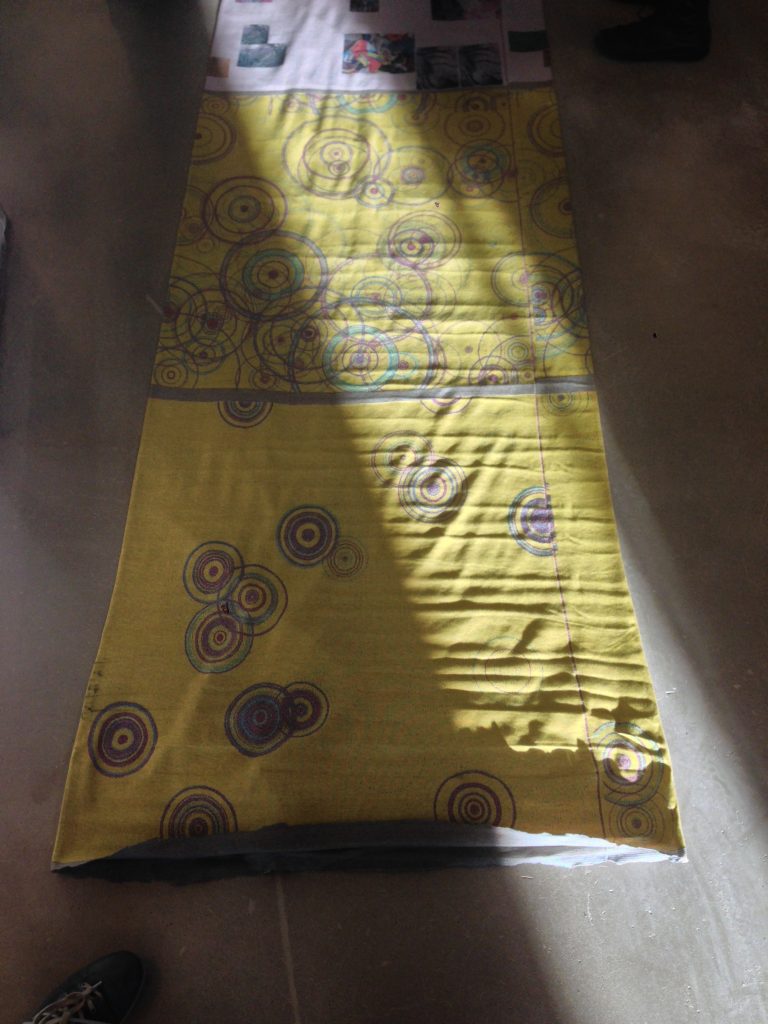