A bit more light-hearted, personal project. Biking jacket was done in a Trafopop -organized workshop. Earlier version was also shown in Berliner Zeitung, describing the workshop and Trafopop. For me, the workshop was a nice breather and fun. It had been ages since I’d been just a participant, not the organizer. Fun times with nice people.

…I actually couldn’t just make a passive vest, but created a program which “charges” the lights in the back when you touch your arms together. Longer you touch, greater the charge. Once the arms are released, the collected light is released as a light pulse towards the arms. Super super fun to do while biking in the Berlin night! 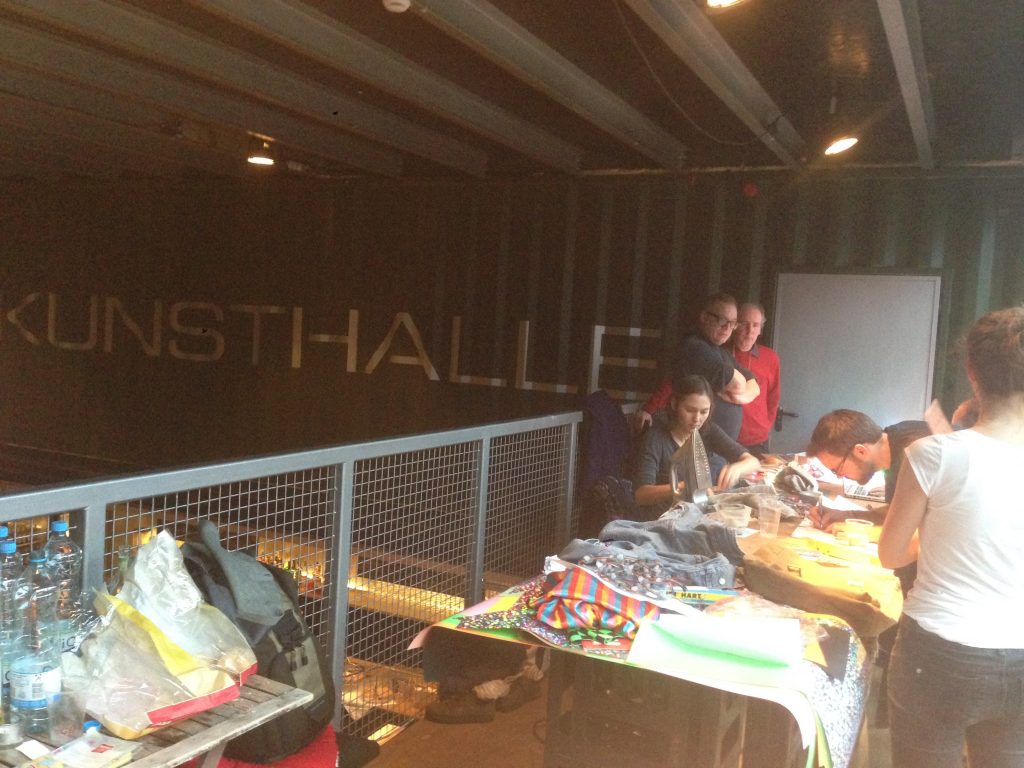 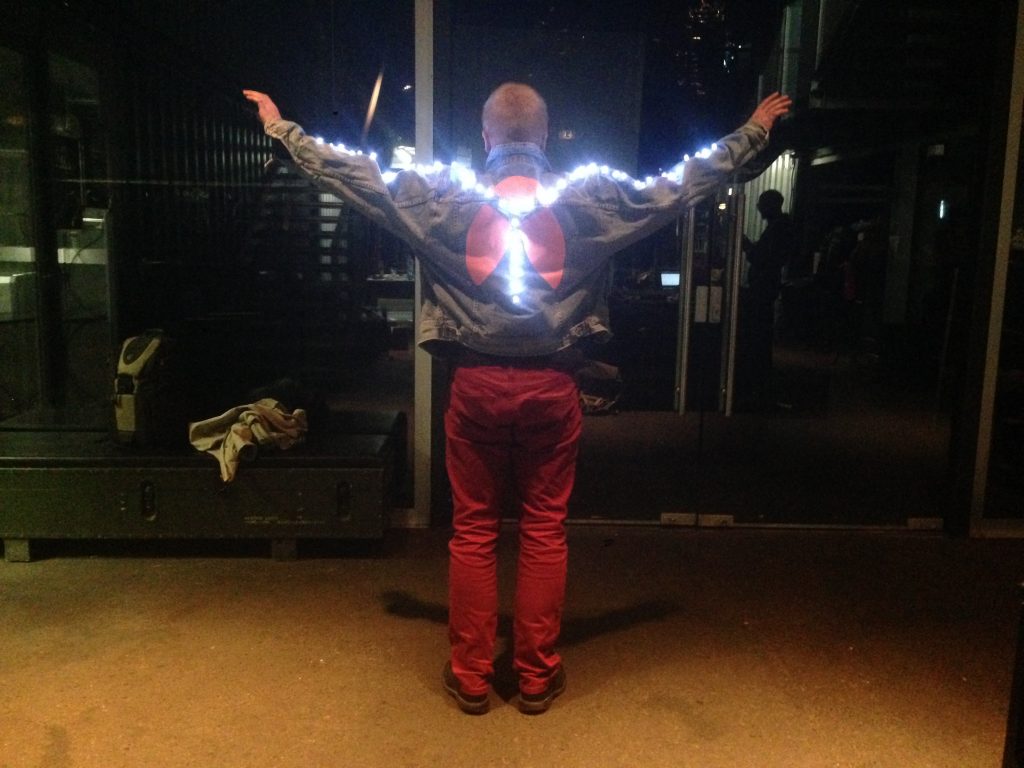